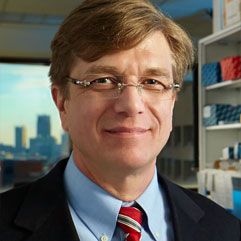 Gerold Bepler began his tenure as president and chief executive officer of the Barbara Ann Karmanos Cancer Institute in Detroit in February 2010. Prior to coming to Karmanos, Dr. Bepler was Director of the Comprehensive Lung Cancer Research Center; Department Chair of Thoracic Oncology; and Program Leader of the Lung Cancer Program at the Moffitt Cancer Center in Tampa, FL. He also served as Professor of Medicine and Oncology at the University of South Florida. Prior to joining the Moffitt Cancer Center, Dr. Bepler was Director of the Lung Cancer Program at Roswell Park Cancer Institute in Buffalo, NY. He also held positions at Duke University Hospital and Durham VA Medical Center. 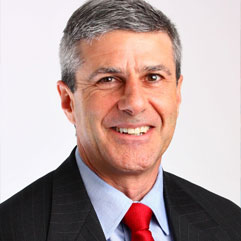 David P. King is the executive chairman of LabCorp, retiring in 2019 as president and CEO after nearly two decades at the company, including almost 13 years as CEO. In his role as executive chairman, King continues to serve the company as a leader who operates with a strong emphasis on deeply understanding the healthcare industry, strategic planning, “playing the long game,” and staying ahead of rapidly evolving industry trends and challenges.

Prior to becoming CEO on Jan. 1, 2007, King served as LabCorp’s executive vice president and chief operating officer and as executive vice president of strategic planning and corporate development. King joined LabCorp as senior vice president, general counsel, and chief compliance officer in 2001 after serving for several years as the company’s principal outside legal counsel. Before joining LabCorp, he practiced law in Baltimore, first as an Assistant United States Attorney, then in private practice with Hogan & Hartson LLP (now Hogan Lovells). 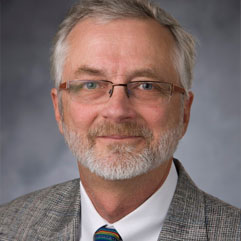 Michael J. Campa is one of the scientific co-founders of Grid Therapeutics and has worked closely with Dr. Patz for 25 years. He developed or co-developed techniques for identifying potential biomarkers using MALDI-TOF MS, phage display, and immunological techniques. Much of the past 15 years has focused on the immunological response to cancer and the identification of antigens recognized by patient-expressed autoantibodies. It was this approach that led directly to the discovery of the autoantibody that has become Grid’s lead asset and the development of a new discovery platform for anti-cancer antibodies.

Before coming to Duke, Mike worked with Kwen-Jen Chang at Burroughs Wellcome Co. in Research Triangle Park, NC where he explored the roles of the Ras protein family in cancer. Dr. Campa received his PhD in biochemistry and molecular biology from the University of Florida in Gainesville, under the direction of Michael Kilberg.